There are about two weeks left until the launch of Dragonflight, the next expansion of World of Warcraft that will take players to the Dragon Islands. Now Blizzard Entertainment has wanted to spread more information on this upcoming expansion, its contents and narrative background.

First of all, World of Warcraft: Dragonflight will introduce the new dragon race of Dracthyr, which will allow players to switch between humanoid and draconic forms, both of which can be customized during the character creation process. Users will have numerous aesthetic customization options available, including a selection of tails, scales, horns and snouts. Earth guardian Neltharion, a former aspect of the black dragon who later came to be known by his better-known name, Deathwing, created the adaptable Dracthyr with a unique intelligence that was not incorporated into previous drakes. The Dracthyrs are an ancient race of humanoid drakes who can wield the powers of the five primary drakes. For example, if they exercise the powers of the bronze dragon’s light, they can manipulate time to repair the wounds of allies. Dracthyr’s armies are divided into specialized units called weyrn. They are experienced soldiers who use their skills to serve the Guardian of the Earth and defend the race of dragons.

Dracthyrs will have a unique playable class, the Summoner, where players will have to choose their allegiance, the Horde or the Alliance. Summoners have two key specializations: devastation and conservation, which means they can fight from the sky with fiery breath attacks and use magical healing abilities in order to support their allies. Players will be introduced to the history of the Dracthyrs in a brand new starting experience and will be able to practice the new skills before exploring the Dragon Islands. Dracthyrs are available to players starting at level 58with a unique starting zone in the Forbidden Reach.

Blizzard then talked about the Dracthyr armor revealing some initial concepts.

“In the design phase it was important to make sure the armor was modular, in order to offer the player a wide range of options to choose from, mix and match,”Said Ariel Fain, Senior Character Artist. “When designing the armor details we used sheer shapes and spiked silhouette modifications, avoiding straight lines, to give the dracthyr a unique look that stood out from other World of Warcraft cultures.“ 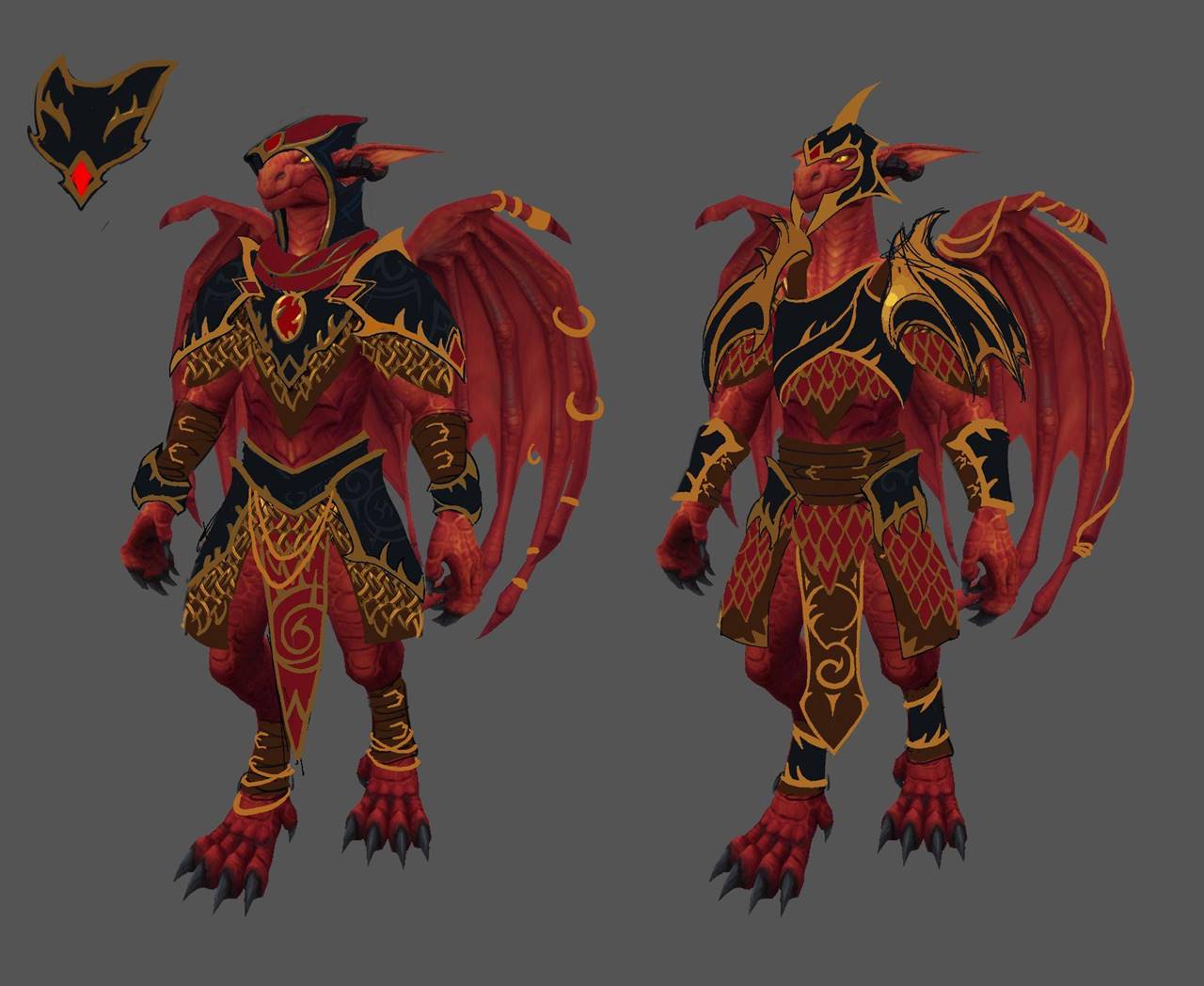 “This concept was made to showcase the customizable armor for the new race / class combination, the dracthyr. It was primarily focused on visualizing the class fantasy of a draconic warrior casting medium range spells,”Explained Sukjoo Choi, Senior character artist. “Our other character designer, Ariel Fain, drew some dracthyr armor before mine, so I wanted to make sure the new armor I was designing could combine with hers. Of course the design was heavily inspired by Ariel’s armor and other interesting weapons and props the art team worked on. The pieces have a certain formal language, so I wanted every little detail to convey this feeling, including the chain mail.“

World of Warcraft: Dragonflight finally gave the opportunity for Blizzard to refresh the models of the Dragon Aspects, i.e. the leaders of the five dragon flocks. They are immensely powerful, intelligent and ancient beings who have been empowered by the titans to protect Azeroth. In the expansion we will meet, among others, Alexstrasza Visage, Kalecgos and Nozdormu the Timeless.

We remind you that Dragonflight will be available on November 29thwhile in a few days it will be published the pre-expansion patch. 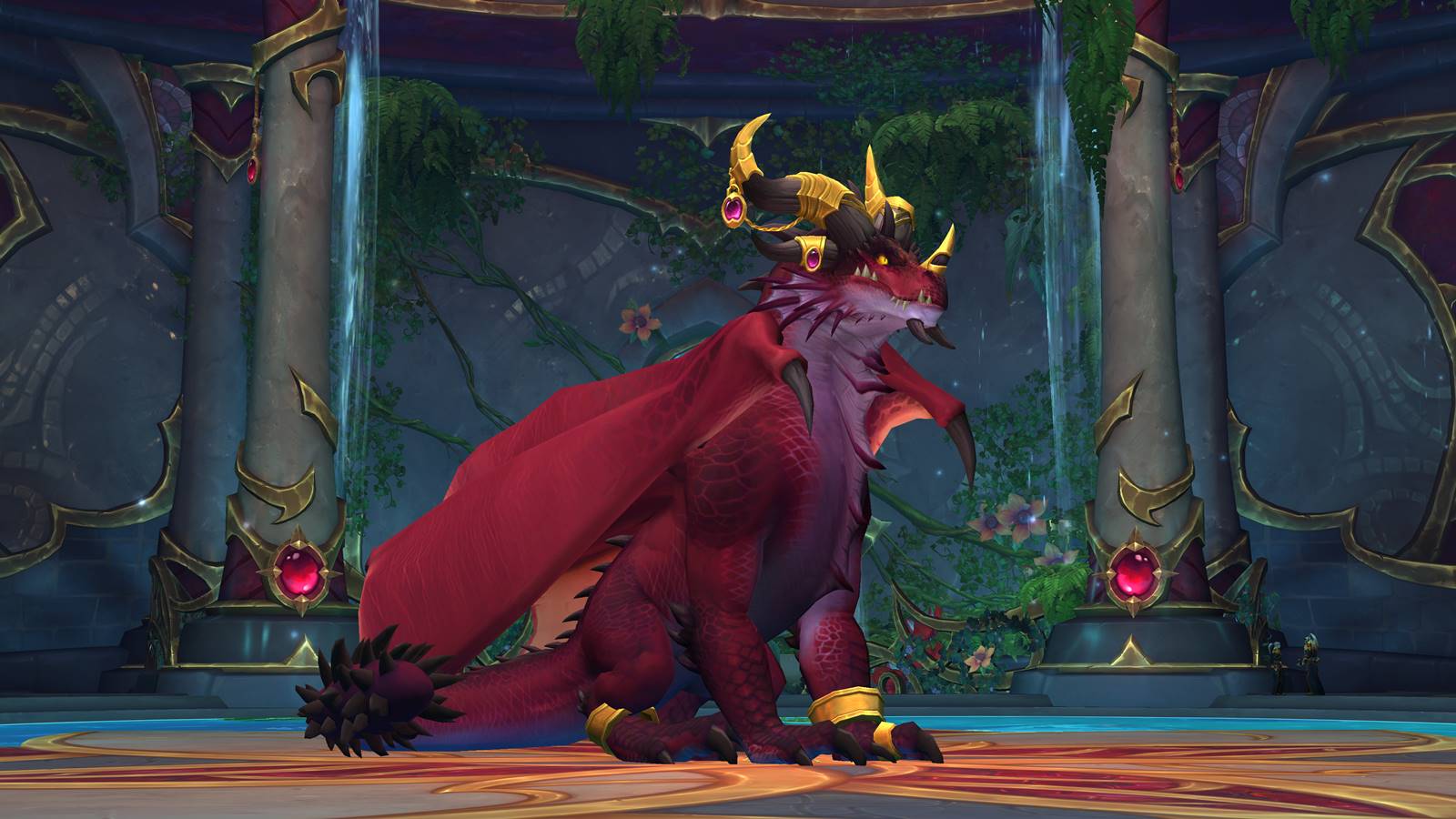