Syberia: The World Beforethe last legacy of the late Benoit Sokalarrives, after months of gestation, also on new generation consoles, thus also allowing gamers outside the world of master raceto be able to use the concluding chapter of the adventures of Kate Walker, experience lived in its PC version. The console adaptation work has brought with it a number of changes, both in the game interface and in the optimization of the code, which deliver us a well-made product, almost up to the original counterpart. But let’s not rush too much and find out together what there is to know about this 2.0 version of Syberia: The World Before.

What the console have always been difficult ground for the publication of graphic adventures is no mystery: created mainly for the management of games with a high level of dynamism and immediacy, they usually do not adapt well to the use of products with slow and reasoned rhythms, although the last period is partially disproving this until recently incontrovertible axiom. As proof of what has been said, the past releases of Siberia 3, Yesterday: Origins, Dreamfall: Chapters and many other titles that have shown an interest – of software houses obviously – to the expansion of the fleet of machines on which to benefit from these products inversely proportional to the care in their implementation.

The arrival however, of Alfred Hitchcock Vertigo before and of Syberia: The World Before later, he reversed this situation, clearly putting us in front of titles PC Oriented but made with care, beyond the physical limits of the target platform – on console – and capable of bringing prestige to an extremely mistreated genre on the flagships of the house Microsoft And sony.

Syberia: The World Before is a precious gem

The Xbox Series X version (released together with a killer collector’s edition) tested by us takes us, again, into the world created by Benoit Sokalprecisely in 1937, on the eve of a “political perturbation” that will upset all the laboriously achieved balances in the world steampunk Vagharian. The Black Shadow Movementimaginative equivalent of the National Socialist militias, would soon rise to powerbringing the world back to a dark age, a world in which the young Dana, a Vagharian by birth, was trying to emerge as a pianist, ready to take flight towards a future success that was however far from coming.

And it is in this moment that a narrative short circuit takes us directly to 2005, in the role of our beloved Kate Walker who, imprisoned in a salt mine, and having learned of her mother’s death, manages to escape from captivitybringing with him an ancient painting, depicting a young Dana, the first of many events that will bring a narrative, softly and expertly layeredto cross and unravel with the delicacy typical of the stories of Benoit Sokal. 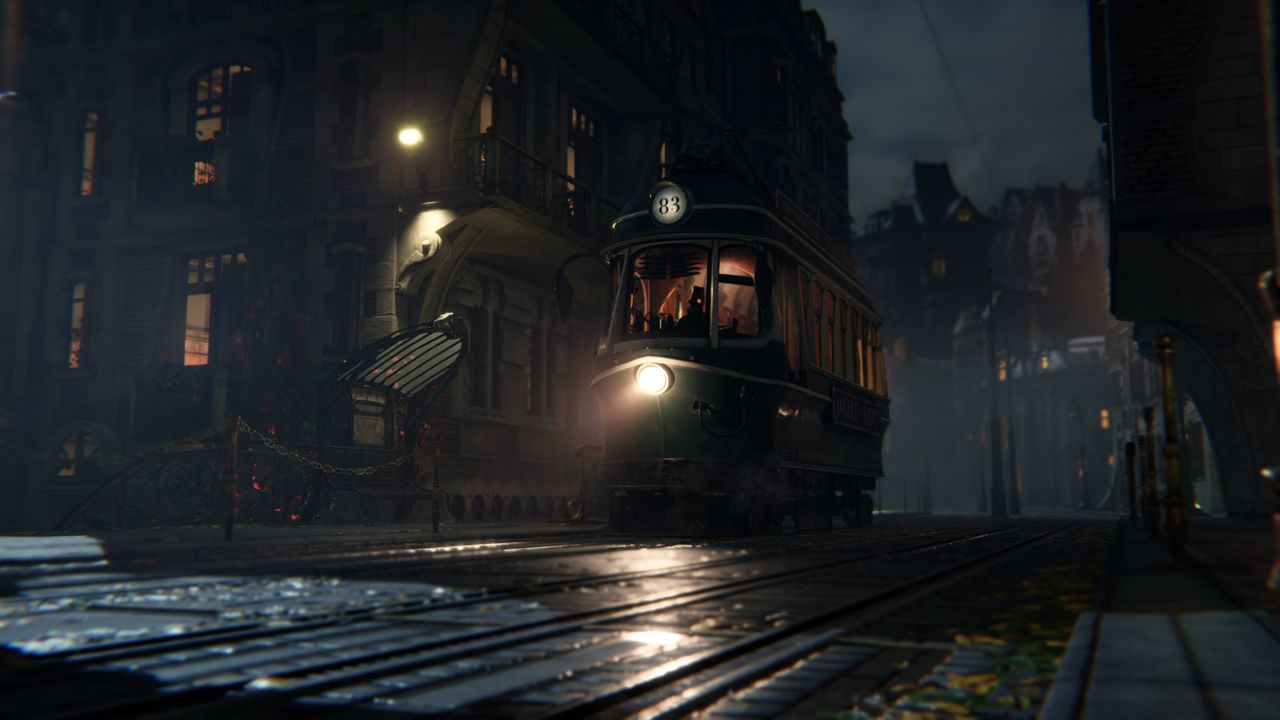 Although it came out, in its first incarnation, a good eight months ago, I won’t delay too much in spoiling a plot which, as per tradition Microids/Sokalwill keep you glued to the screen until the last moment of this Syberia: The World Beforeif only because there are no discernible differences of any kind from the PC version to that console.
Different speech will be made, however, for environmental exploration, the heart of gameplay of any self-respecting adventure that, in the transition from pc to console has undergone considerable changes.

Given that the mouse-keyboard combo is still the ideal choice for the enjoyment of any graphic adventure, e Syberia: The World Before is no exception in this regard, it must be said that the optimization work carried out to adequately exploit the Xbox pad to move around the game world is paying off. Dana’s movements (or Kate’s, depending on the section) they are natural and fast in large spaces, those of moving from one side to another, so to speak, not making the PC ecosystem envy, at least in this case.

There are differences, however, in the phases of environmental exploration of narrow spaces (interiors of houses or carriages) and, above all, in moments of interaction with objects, where the mapping of the pad could create more than a few hesitations, resulting illogical and artificial compared to what was seen in the version master race.

In the graphic magnificence, some textures in low resolution clash

Not infrequently I found my digital alter ego stuck in front of an invisible wall (always in the most confined spaces), finding myself forced to take a step back and finally managing to pass where it was previously impossible. Of course, we are not talking about blunders like those seen in Syberia 3 (about a year before releasing a patch that made the control system usable)but, net of the time needed to get used to the mapping, it is impossible not to underline one not perfect optimization of the controls in these situations.

The graphic system, another flagship of the version pcappears here almost unchanged and very pleasant, were it not for the appearance, in the phases with more objects on the screen, of environments with low resolution textures, which clash with a overall quality of a whole other level. 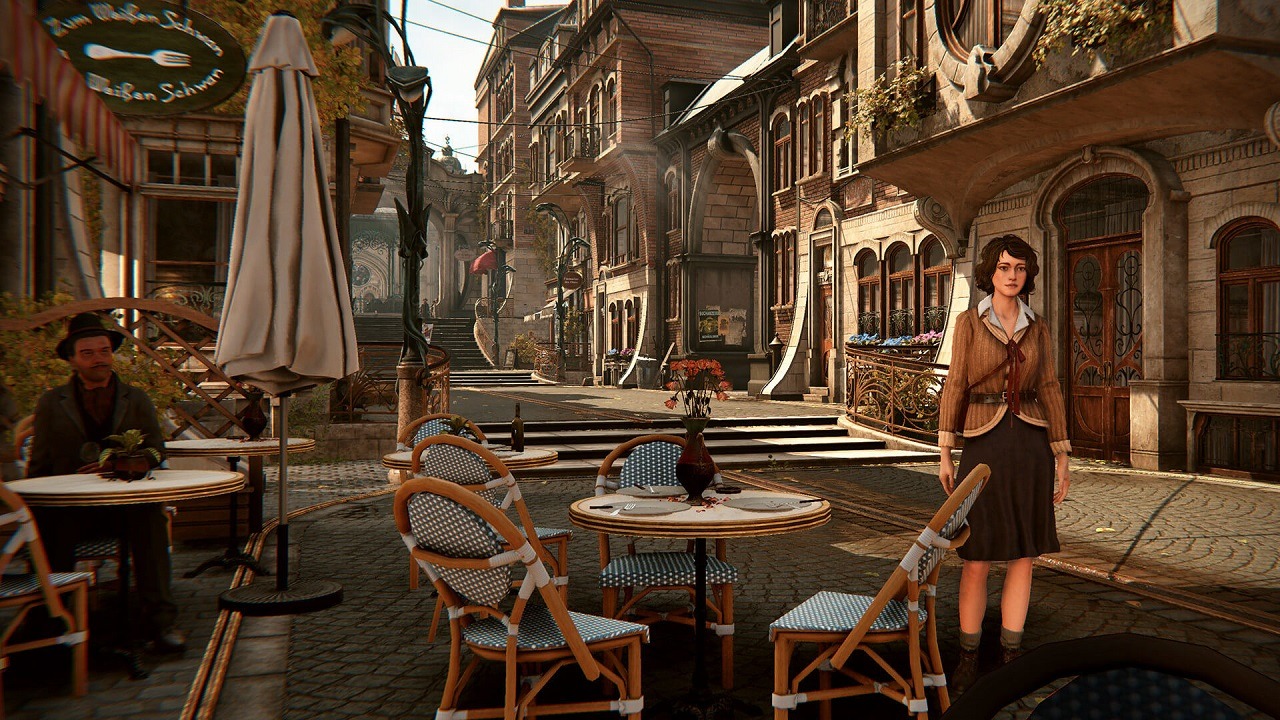 Annoying, moreover, the presence of pop-ups and slowdowns in the transition from one environment to anotheras if the console struggled to manage, at once, all the elements on the screen, both in the choral scenes and in the change of screen in the interior locations “poorer” in details. It will be necessary to dedicate another optimization session to solve problems that are not easily digestible in a game that, in fact, is not resource-intensive at all.

Unchanged, positively, the judgment on the soundtrack which, edited by Inon Zuradds touches of epicness to a narrative of the highest level. Syberia: The World Before

Game : Syberia: The World Before

Syberia: The World Before, net of a few too many uncertainties, it is a precious gem even on consoles. The Xbox Series X version we tested shines for graphic cleanliness, net of some low-resolution textures and a frame rate that is not always granite. The transition from keyboard to pad is almost painless, despite some imperfections that can be fixed with dedicated patches. However, the truth is that, net of these flaws, Syberia The World Before is an absolutely must-have title, whether it is a PC or, as in this case, a console: you will only do yourself good by playing this little diadem that , net of its being partially raw, represents one of the best exponents of its genre.