We were able to try it in preview Roller Champions, a Ubisoft title that sees us run like crazy on four wheels per foot. Bring your protections, please.

May 25 will come Roller Champions, new free to play with clearly competitive goals, born from Ubisoft. Let’s say that after the failure of Hyper Scape a little skepticism is normal, but I’m here to distract you from this thought and tell you why this game could have a different destiny and garner support and passion from a good chunk of the public.

A little football, a little basketball, a little boxing, a little homage to RollerBall: Roller Champions is a sporty hybrid that is very simple in theory, much more challenging and fun in practice. Before starting the game, we witnessed a virtual presentation (alas, the events in attendance for now still seem a distant mirage) by the developers, a few minutes to introduce us to the basics of the game. So, let’s get into the theory: Roller Champions will be totally free to play for PC, PlayStation 4/5 and Xbox Series X / S. The game will also arrive on Stadia and Amazon Luna, but for now Ubisoft must plan a strategy in this regard, we will talk about it in the coming months, also taking into account the hypothetical success of the same. A typical game develops in this way: the field is shared by two teams made up of three elements, therefore the game mode most used also for future competitions will be that of 3v3 clash.

THE MATCHES LAST JUST SEVEN MINUTES, GIVING A CLOSED RHYTHM TO THE EXPERIENCE

The aim of the game is to take possession of the ball and start spinning around the map, avoiding direct attacks from enemies and activating several checkpoints. When completing a lap, the team must activate for throw the ball into a basket to make a point. You have already understood, therefore, that if you manage to complete three consecutive laps with the ball in hand, without ever losing it, at the time of the basket, the point will be worth three, and triumphing on the field will be the first team to have reached five points. Needless to say, even if the map is relatively small and our skates can reach high speeds, when we are the ball carriers we become the favorite target of the whole enemy team, which is why being able to finish a full turn of the map, get under the basket. , shooting and hitting it won’t be as easy as it may seem, and always keep in mind that every game will last no more than seven minutes. Clearly, if the ability of the individual player has its undeniable weight, cooperation between the three members of the team will also be fundamental.

Let’s face it, Roller Champions is essentially a small game, but it thrives on this very sporting and competitive nature. Analyzing the Hyper Scape flop, we can see a significant difference: this title is already part of a clearly new and unprecedented market, without direct competitors. Somehow it was the winning formula of the recent Knockout City, which continues to grind seasons and record good numbers, both of players and of views on Twitch and related services, because we cannot ignore the fact that part of the success of titles of this caliber is also attested by the degree of community and competitive activities that take place around. Ubisoft then told us about the Roller Pass, the in-game currency (the rollers!) And the importance of the fansa particular degree of appreciation that replaces the classic experience points, in fact the more fans you get, the more they will physically present themselves at the stadium, filling the stands. 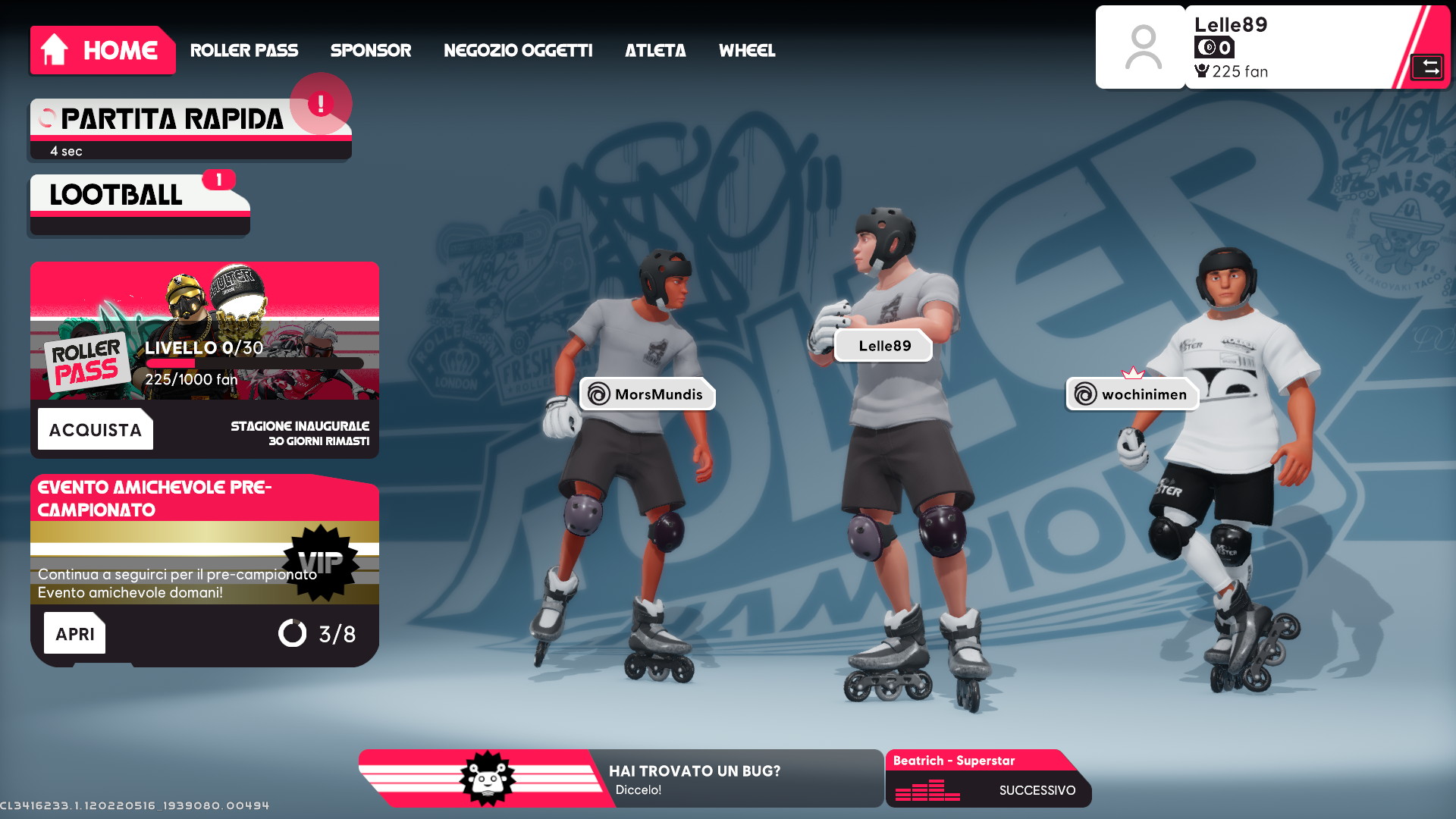 A very important aspect is also covered by customization, with about 150 cosmetic items, all different, including t-shirts, knee pads, skates, emotes or other glittery cosmetics that spew rainbows everywhere, just to stand out from the crowd. In the creation of the character, however, I could see a really sparse customization, everything is in fact based on the clothing, leaving a handful of options for the physical characters. It’s not such an important detail, for heaven’s sake, but maybe a little more could have been done.

After a short tutorial to learn the basic techniques, both evasive and attacking, also finding some space for tackling opponents and for tricks to get more speed using the ramps, we organized small games with others both Italian and international journalists; two intense hours in which to test the Ubisoft title, and after an endless succession of victories (and only one defeat) I would be lying if I said I didn’t enjoy it. Sure, titles like that they need constant support from developers, that in addition to the 3v3 mode have announced a game mode like hot potato and another 2v2, but the real impulse of the game is made clear rather quickly: after ten games, the competitive mode and relative ranking are unlocked. Here, this is actually Roller Champions, a game that aims to grab a slice of the competitive market, since that is its true soul. A statement perhaps a bit strong, which can leave out those who just want to have fun for a while, but it is also true that such an established stance is a symptom of strong confidence in the potential of the game, which I repeat once again, it has to sell. First really positive test for Roller Champions, without a shadow of a doubt. The fun experience is all to try on the field, pick up speed, sweep away enemies like skittles on the bowling alley, steal the ball, make as many laps as possible to then score, all associated with goliardic and adrenaline-pumping replays. This time the music is different and Roller Champions could prove to be a welcome surprise.

A journey into made in Italy horror