Technological innovation favors the continuous transformation of online casinos: there are many innovations introduced over the last few decades. The gaming sector lends itself, by necessity, to this type of evolution.

It must always be in step with the times and for this reason it is necessary to invest in new technologies to offer the maximum experience: we have seen this with the development of the mobile app and we also see it with Virtual Reality.

The technology linked to virtual reality not only represents the future but is already present throughout the world of online gambling, as evidenced by reality of the level of Decentraland: virtual worlds where casinos have also found fertile ground.

What is virtual reality and how does it work

According to Braids, the studies on Virtual Reality (VR) are countless. It is a technology created on the computer that simulating a reality that does not exist, is capable of bringing to life the most varied emotions and adventures. The brain understands that this is a fiction, but it is the senses that take over and believe that what they see, touch and interact with is tangible. An unusual experience that catapults us into a new dimension, transporting us to the borders of reality.

VR technology works through a viewer that allows the user to immerse himself in a ‘digital place’ where he can perform actions thanks to one or more accessories such as joysticks, gloves, shoes or simply with his hands.

The correct interaction between hardware and software creates virtual space, a simulated and three-dimensional reality, which allows the user to move freely in space. The concept of 3D, the one we have all seen in the cinema, is largely outdated. There are no limits, there are no blind spots because the viewer is able to cover all the space based on the movements of the head and eyes.

The video is transmitted to the PC via an HDMI cable or with an LED screen. Other systems, however, allow you to adjust the distance between the screen and the eyes and then there is the Samsung Gear VR where you can use the smartphone as a screen.

Virtual reality is not synonymous with 360 video: they are two different technologies that also have different purposes and uses. In VR, 360 vision is never used because it would not be needed, the maximum field of view is 100-110 degrees and to avoid a jerky vision of the image, a frame rate of about 60fps is used. 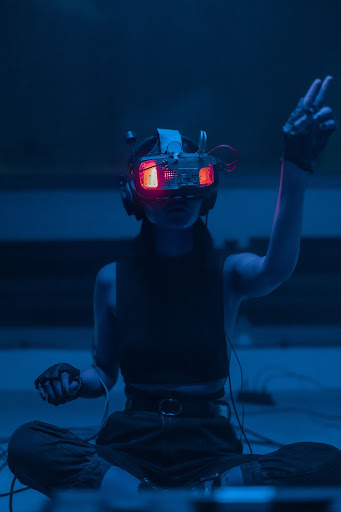 The technology that monitors the movement of the head is called head tracking. A gyroscope, an accelerometer and a magnetometer allow you to monitor the movements called “six degrees of freedom” and to minimize the latencies that are really imperceptible. And the audio must also be such as to give the feeling that all noises are coming from different directions.

You connect the headset to a computer and use one or more controllers to move around the virtual space. The user experiences a virtual experience resulting from a real-time rendering. Let’s remember some of these systems: Oculus Quest 2, HTC Vive Pro and HTC Vive Cosmos Series. 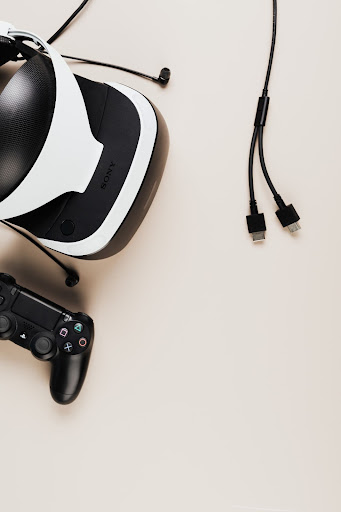 They are very expensive, impractical and difficult to transport viewers but offer excellent image resolution because they use very high quality lenses.

Among the portable viewers to be used with or without smartphone we mention the Samsung Gear VR which can only be used with Samsung Galaxy smartphones. Instead, it has integrated hardware theOculus Quest 2. These offer very similar performance to PCs.

Finally, we remember the Playstation VR which is really an excellent alternative to PC VR: the viewer integrates a screen that has a low resolution. It is a less expensive solution than the one for pc and very suitable for gaming. 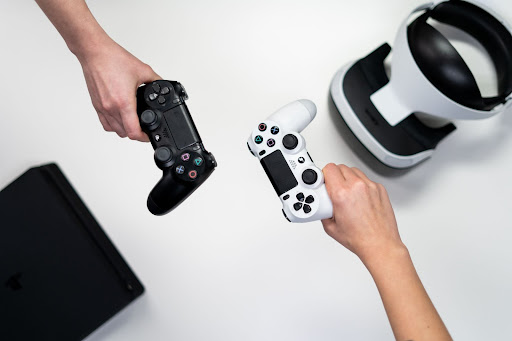 Virtual reality in casino games has given rise to a real revolution that takes place thanks to the investment by major software houses such as Netent, Microgaming and Playtech.

If we consider that we are at the beginning with virtual reality, the long-term prospects are truly enormous. This is confirmed by the fact that the online casinos that register a higher number of registrations are the very ones that have, in their catalog, the next-generation games section in VR. These include Gonzo’s Quest, Pokémon Go, and Bigspin Slots.

The first ever that introduced VR in casinos was Slots Million while in Italy the first was SNAI with the game of Roulette.

Fans can, in fact, play blackjack, roulette or slot machines in real time, interacting with real-life croupiers or with avatars who can support them in the various phases of the game. VR allows you to experiment with new game modes and thanks to the developments in recent years hardware and software allow an interaction that goes far beyond the simple 3D interface.

One of the most controversial aspects that i reliable online casinos, legally recognized by ADM, they had to face was that related to regulation. For example, the constant presence of a clock serves to avoid problems of estrangement and the loss of space-time orientation.

What are the advantages and disadvantages?

VR allows the player to immerse themselves and move around in a space with the possibility of confronting other people, reactivating that sociability that is typical of a physical casino. In addition, this mode allows you to create tournaments and competitions between players, giving life to new modes of play and interaction.

The disadvantages, on the other hand, are given by the fact that they can cause annoyances due to the excessive use of the devices, it is possible to lose track of time more easily and that in order to play it is necessary to have VR headsets which involve an investment of a few hundred euros. .

Given the enormous strides made by technology, the future of this sector appears to be secure. We imagine, in fact, that we will try to find solutions that allow the user to experience an increasingly realistic dimension to the point of no longer distinguishing fantasy from reality.

Artificial intelligence will favor the spread of this modality in all sectors, for example, in education, in schools and universities, or even in design and marketing. And of course, the casinos will not stand by and watch.

Given the speed at which these technologies advance, we can assume that we will not have to wait long and that those sites that do not adapt will certainly be penalized.