With the Spider-Man-themed Special Edition, FireCuda tries to solve the age-old problem of archiving games with a unique style. And the result, net of a physiological compromise, is exciting.

The expansion of the current generation and, consequently, the proliferation of increasingly complex titles, whether they are exclusives or cross-platform third parties, has made data storage the most common (as well as iconic) problem for millions of owners. from PS5 And Xbox Series S / X. After all, finding yourself in triple A downloads of the order of a hundred gigs with related updates and patches of day one represents a significant obstacle for the capacious factory SSDs Sony And Microsoft – that you put the space reserved for the operating system in it, put a few gigs in it that disappears between screenshots and recorded clips and yes, we have already figured out how it will end. The ability to internally expand the storage capacity of consoles represents for many the primary choice, where the higher price is justified by absolute compatibility with the next catalog and a speed that is completely comparable to that of internal devices. However, the support for the USB 3.2 Gen 1 standards of the latest living room flagships has also given a second life to the microcosm of external HDs, for obvious reasons unable to guarantee performance comparable to SSDs but, nevertheless, excellent for offering auxiliary support (especially for the previous gen material) at an affordable price. A few months ago we told you about the excellent Seagate Game Drive for PlayStation: a device that winks at the Sony ecosystem, while guaranteeing absolute compatibility with anything that supports USB 3.2 Gen 1. Today, however, we will talk about a special edition, also by Seagate, of this family of external drives : it’s the turn of Peter Parker, protagonist of the very stylish Spiderman unit that characterizes the new line FireCuda Special Edition. A solution to which the hero’s aficionados Marvel they will hardly resist, and not just for purely aesthetic reasons.

In home FireCuda, the one to the friendly neighborhood Spider-Man represents only the latest tribute, in chronological terms, that the Fremont giant has paid to icons of the entertainment world. Many will remember the line dedicated to the universe Star Wars (with 2TB drives, in all respects similar to the one we are examining today, dedicated to the adorable Grogu or the beloved figures of The Mandalorian And Boba Fett); in the more strictly videogame field, however, it is difficult not to appreciate the line of devices dedicated to Xboxwith special themed editions Halo And Master Chiefand likewise to the brand PlayStation with themed ones Horizon Forbidden WestThe Last of Us 2 and Marvel’s Avengers.

From the partnership between Seagate And Marvel Three new special edition models were born, linked by a common theme theme Spider-Man and dedicated not only to the traditional hero of Manhattanbut also to the attractive Ghost Spider and to the most recent (at least in videogame terms) Miles Morales. Each of these USB drives offers a capacity of 2TB, with a chassis of 14.5x80x122.5 mm for an overall weight that does not reach 170 grams. An external hard drive that not only proves to be a featherweight, but which feels sturdy and solid to the touch, with convincing haptic feedback – testifying to the excellent choice of construction materials. At the bottom, each model mounts an elegant strip LED which, by default, lights up with a specific shade based on the chosen model: white for traditional spiderman, red for Miles and viola for Gwen– of the color combinations all in all spot on, given the basic colors of the respective super heroes.

The model candidate for our test could only be the FireCuda theme Spidey classic: a bright red drive, with a cobweb engraved in the background and the indomitable Peter Parker, with “work” clothes, in the most traditional of his poses. Common to all three models are the Seagate logos and lettering, engraved into the chassis to give the whole an extra touch of class and elegance – the specific model name, on the other hand, can be read on the front of the device. As mentioned earlier, the LED strip available in this model lights up in white: a conservative solution, but the writer would have found blue lighting more appropriate, which clearly recalled the colors of the super hero. Not bad: through the free software of Seagate, Toolkitit will be possible to change the color of the LED according to your personal taste, creating even more complex patterns – which we did practically immediately, to our great joy.

As for the models dedicated to Miles it’s at Ghost Spider well, the respective pictures are worth a thousand words. Even more than seen in the previous special collections, the new devices FireCuda boast an amazing aesthetic appeal, to the point of making it difficult to choose which is the best: the serigraphs made on the three models are very detailed and inspired, with that recognizable and fascinating style that has always distinguished this franchise Marvel. If this represents the first step of FireCuda And Seagate in the universe Marvel well, anyone quite addicted to comics would really have something to worry about …

FireCuda Spider-Man: beautiful, but not SSD …

When said so far, it essentially summarizes our initial impact with the new device FireCuda: an exciting first impression, to say the least, but which needs to be contextualized in a broader analysis that inevitably also involves the performance of the device. Performances that, it is clear, are abundantly within the perimeter of theUSB 3.2 Gen 1 – therefore a stable band a 5GB / s on any device that guarantees its support. It goes without saying that this special edition of FireCuda fully compatible with both medium / recent PCs, and with PS5 And Xbox Series S / X.

For the latter, however, the usual “curse of USB”, Ie the ability to play only the games of the past generation from external devices – where the throughput required for data transfer for recent titles is well beyond the physical limit of USB 3.2. Obviously, it will be possible to use the FireCuda device as an archive for current titles too, where the transfer from UBS to SSD internal will almost certainly be faster than a full download from Sony and Microsoft servers. As always, the only alternative to run these titles from extra devices gravitates around the world of solid state (in the case of Xbox, for example, through dedicated expansions whose tag is certainly not comparable to what is being examined today): and on this not even the powers of Spider-Man can help us.

Net of this, however, i 2TB offered by the special editions of these FireCuda – in addition to the aforementioned storage of previous gen titles – they lend themselves well to saving images, video clips and anything else you can think of, with the guarantee of top-of-the-range speed in the USB segment. There fragmentation of the device is an obvious problem only in the least probable borderline cases; we can therefore consider the numbers obtained during our tests to be quite reliable, with about 127MB / s in reading and just over 120MB / s in writing (a fairly conservative scenario for the USB 3.2 standard, but the stability of these numbers during our test is a guarantee of reliability and excellent performance for the FireCuda device). Software too IOMeter confirms the significant performance of the drive: on 2MB chunks we reached about 135MB / s in sequential read / write, 75MB / s and 30MB / s for random read and write. Reasonably better results on 4K chunks, with nearly 1.1IOps writing and about 27IOps reading, strictly random.

In the case of PS5test bed of our tests, we monitored the movement of the “small” Red Dead Redemption 2 from internal SSD to the device FireCuda: to move the approximately 105GB of the masterpiece Rockstar we waited a little less than 16 minutes – roughly the same, net of a few additional seconds, to repeat the procedure in the opposite direction. Still on the open world theme, we repeated the same operation for The Witcher III Wild Hunt, whose (almost) 50GB overall required a time, in both directions, which settles just under 8 minutes overall. Those who are more accustomed to such measurements will therefore notice results that are largely in line with expectations, supported by the execution and loading times of the titles, on average, 15-20% higher (although a lot, we remember, depends on the title itself) to what normally happens from the console’s internal SSDs. 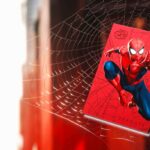 With this Spider-Man-themed FireCuda Special Edition, Seagate offers yet another high-end product in the external mechanical hard drive segment. A device that winks in an anything but veiled way to collectors, with an indisputably precious style (as well as, it should be remembered, an enviable manufacturing quality) and an excellent possibility of customizing the LED bar. Even in the field of performance there is not much to object to, with a race conduct that does not betray half expectation and which, in the panorama of the USB 3.2 Gen 1, can hardly find rivals. It is worth remembering, however, that this special edition has an entrance ticket that, for many, risks being prohibitive: the 160 € requested is well justified from various points of view, but the Hamletic doubt already expressed in other points remains. venues – is it worth investing a few more euros and playing the winning card, that of the second SSD (at least in the case of PS5, considering the still high cost of the Xbox expansion card)? A doubt that does not have a certain answer, where it is strictly related to the needs of each player. Certainly, in the panorama of external devices, this FireCuda Special Edition does not fear competition: which, in hindsight, is certainly not a trivial matter.