It’s okay: how many times have you heard this phrase, spoken by friends, relatives and relatives? Infinite times I suppose. Often accompanied by “don’t worry, honey “ before or after. Yet perhaps everything is not so good if there is the spasmodic need to remark it, to make it almost real while saying it. On the notes of an old film but with that new flavor, Olivia Wilde tells us about the perfect and intangible world of Don’t Worry Darling, a thriller with glossy colors, smooth as a bitter after a meal or a cocktail (of which the film abounds) on Saturday afternoon at sunset, perhaps on a beach while wearing Bermuda shorts and moccasins (if you are a Him), a ‘ 50 if you are of the fairer sex.

A world without problems

Don’t Worry Darling describes a colorful and fulfilling world – similar to a candy box Skittles – in an unspecified time, but according to the colors of fashion and the models of the cars we can suppose to find ourselves in the 50s, with attached and connected luxury cars or not (yes, let’s admit it, a Corvette silver convertible is also noticeable in 4 seconds of trailer and always makes a bad impression!). Everything seems immutable in that American dream: the sun that does not seem to know clouds, the cars that come out of the driveways in unison when husbands go to work and return just as diligently in the evening, the boys and girls in the pubs at the end of the evening who seem so perfect that they are unreal in their perfect leather jackets and windproof hairstyles that try to ruffle them. The life of the Chambers family, made up of spouses Jack (Styles) and Alice (Pugh), seems to have a steady pace; if only after his job is taken away, the perfect dinners she cooks are punctually less as Jack wishes to eat his wife rather than dinner on the table when he returns from a “hard day at work”. Everything revolves around the mysterious project of Jack, who at work conducts an experiment on the “development of innovative materials” (we won’t tell you more, it’s a mystery to be discovered) that “will make life better for everyone”. From the point of view of the plot the film does not have who knows what depth, I would safely say that they focused more on the form and photography of the film, than on the construction of an original plot: Don’t Worry Darling is in fact a thriller and as such it must be addressed.

Essentially, the actors who take turns in this cacophony of images that are sometimes inexplicable or that take on a meaning only at the end of the plot, they do their best; but they seem to have been throttled by the director and actress Olivia Wilde, who seems to want at all costs to undermine the skill of Chris Pine – in the movie Frank, Jack’s project leader. The film is a social deception, and the part of the deceivers – played by Jack and Frank – does it great, while Alice, Peg (Kate Berlant), Bunny (director Olivia Wilde) e Shelly (Gemma Chan) are at the mercy of events, crushed by masculine and patriarchal metaphors, aimed at controlling their lives and their ways of being. We can say that we are faced with a criticism of the modern world (still? Are we really still at this point?) That wants a male society and women placed in a corner at all costs. Objectively the only one who seems unable to say more than three sentences together is Harry Stylesfor the rest the film leads us quite easily towards the end. 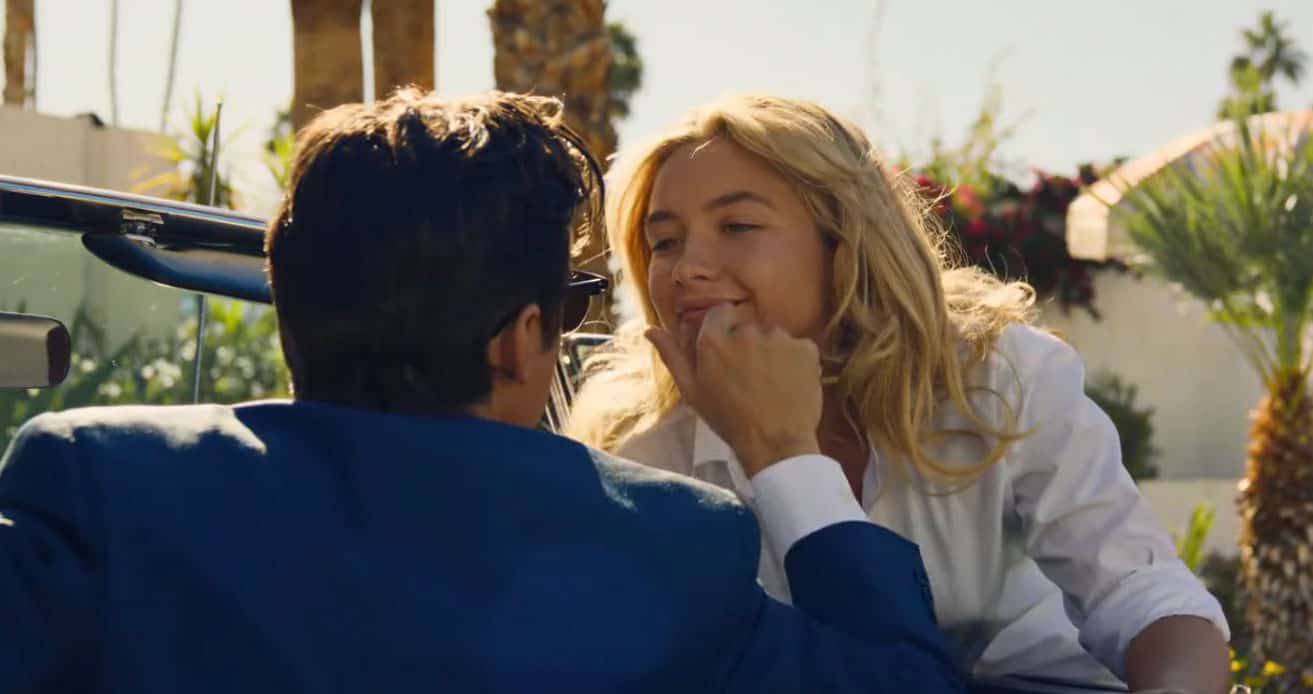 Don’t Worry Darling it’s trivial: expensive and tremendously beautiful to look at in strictly visual terms, strong of an excellent photograph and a reconstruction of that American dream so vivid it is frightening; remains trivial in content, in the plot that after twenty minutes of viewing you have already understood where he wants to go. To name a few films that might remind you, if you are otherwise young you will still have it in your eyes The Truman Show and an extraordinary Jim Carrey at his peak. If, on the other hand, you are really young, maybe some of you have seen Serenity of 2019 that, although it passed for comedy, those who saw it know that it was not. Olivia Wilde played her roles as director and actress quite well in the film, although behind the camera there were some flaws and errors. Especially from the editing point of view, given that the film lacks a disarming banality to the point that you almost doubt: while watching Don’t Worry Darling you wonder “wait come on, I can’t have already understood everything, they are deceiving me, it is a deception in the deception and I will be screwed!But no. You have already understood how it will end, also thanks to the pieces of plot that intersect like cracks in the earth, aimed at letting the water pass into the ground, which we will summarize here as elements to make you reach the “truth”. What is certain is that Don’t Worry Darling sells you a dream but you have to be asleep to believe it.