Vampires And Western have always had something to share: not so much for the setting, nor for any links to the original works dedicated to Dracula and the like, but for the collective imagination that some media have instilled in us (just think of the Van Helsing released in the cinema with Hugh Jackman). It is not far from this to imagine a world where a gunfighter, Jesse Rentier, remains one of the last agents ready to fight the “blood-sucking” threat to defend the American frontier. We got to try Evil West in Cologne, during Gamescom, and we also put our hands on a preview build that made us try another chapter, and after having thoroughly studied the game with the available material, here we are talking about a title that does not point to a world open, with a thousand functions and an RPG depth, but which returns to the ranks of action adventure, where the options for upgrading are not too many, but the weapons available and the pace of the game become extremely fun.

Warrior against the Shadows

Jesse will then find himself having to fight these vampires with a helper at your side: the game, from what we have been told, can be played in two-player online co-op, which makes the adventure of its own even more interesting. The team behind all of this is Flying Wild Hogformerly the developers of Shadow Warrior, who however offers in this Evil West something closer to titles like God of War in terms of combo and frenzy.

If in fact at the beginning it will take you a while to get in tune with all the weapons that Jesse has available, then these will become almost an extension of your pad, and it will also become necessary to alternate the various attacks quickly and without stopping, otherwise you will perish under the blows of the dozens of enemies that appear on the screen.

Speaking of weapons, each of them has a specific attack, pros and cons: the shotgun will be needed at close range, while the revolver will need upgrades to become more useful than lethal, but after all, alternating weapons will be your real final attack. Vital, literally, also use close melee attacks and some finishers, just enough to recharge your life and survive the damage – huge – that your enemies will do you. 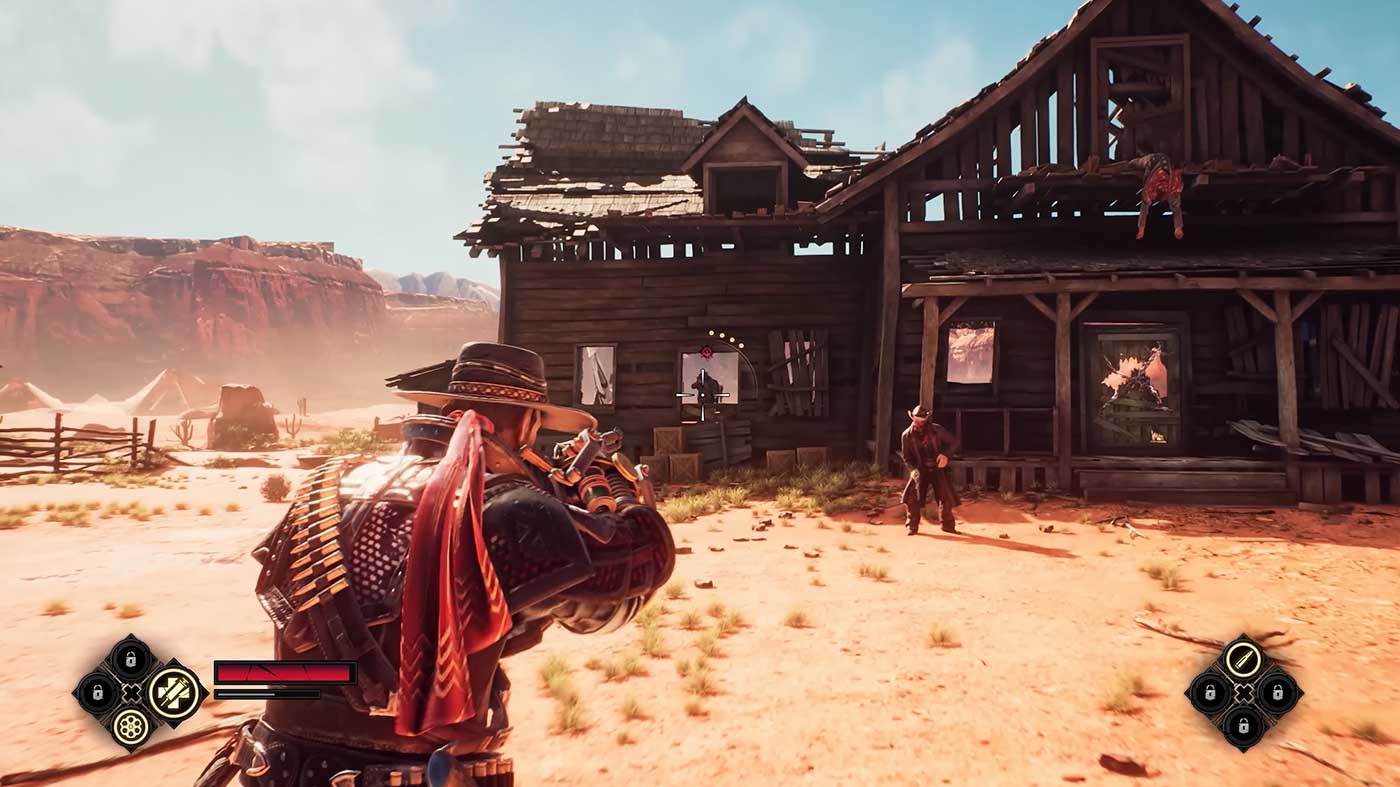 The Evil West loop is very simple: explore some linear maps – but they have back roads with interesting items and money inside, needed to upgrade the weapons – solve some puzzles (not too difficult) and then advance to the next large area where hordes of enemies will attack you. The accumulated experience will allow you to level up and unlock new skills, which will expand the possibilities during the fights.

As for the enemies, these are very different and each type has its own benefits and his disadvantages: There will be enemies that will throw balls to dodge, while others will attack melee, annoying you from all sides. Absolutely a must is the dodge key, which will not only allow you to take a half step sideways, but which, pressed twice, will make you do a somersault in any direction, unlocking mechanics at the limit of hack ‘n’ slash.

We could also try some well integrated and fun boss fights: surely the presence of the additional enemies makes everything more interesting, but the bosses already have ingenious patterns, a really high vitality and will require constant attention, on pain of death for your character. Speaking of the bosses of the preview version of Chapter 6, which we tried, they were very different from each other but certainly required constant side flips, an attention for continued attacks (the first very lethal, the second capable of healing) and a rage mercilessly at the moment of firing every bullet possessed at the enemy. To make everything so hectic, obviously there is no ammunition of any kind, but more than anything else the game will manage the skills to activate with a long enough cooldown for some skills, a little less for others.

Let’s spend the last words for thesetting: although we have seen little, this world full of vampires seems very interesting, and the team did not skimp on the artistic part as regards the backdrops; not to underestimate the art design of characters and enemies, well characterized and original in every respect. The demo tested at the Gamescom placed us in full daylight situations, with human enemies among the many, while the preview build we tried recently was set all night: in both cases, details and effects are level, giving a typical western atmosphere by day , but proposing something more mystical at night.

We are facing an action adventure old schoolso do not expect dozens of hours of gameplay: in all probability the title will have an average longevity, but even if it stood at 15/20 hours, what we have seen so far is something exceptional, an approach that certainly the most run-in will already know in terms of gameplay, but which has been missing for some time in the videogame landscape.