I got to preview the first four episodes of Andor, a new series that will be available from 21 September on Disney +. Despite a continuous fluctuation in terms of quality of serial productions dedicated to Star Wars, this project was partly the riskiest as well as the most ambitious.

Andor luckily it is part of that happy parenthesis where the author at the head of the operation in question is the same one who worked on Rogue Oneone of the products that most made old and new fans of Star Wars happy and it starts from there, indeed, let’s say that it starts somehow from before Rogue One, with a story set five years before the events of the team responsible for the theft of the Death Star plans and as the title suggests, the narrative focuses on the origins of Cassian Andor (Diego Luna), from adolescence to the under-the-counter activities that first made him a wanted man by a security cooperative and then by the Empire.

But Andor it’s not just a story about a specific character, it is a perfect connecting ring that crystallinely aligns a Rogue Onebasically a project that focuses more on Jyn Erso as she joins the Rebellion, well Andor it is also the birth of the Rebellion as we have known it from 1970 to today.

The small outbreaks of dissidents against the Empire throughout the solar system alternate with prominent figures, with a sick charisma and the desire to annihilate others using the strength they see in the newborn Empire the possibility of a career, in a violent and fast way. .

andor succeeds in the mission of being the most mature, dark and ambitious series dedicated to Star Wars

Andor therefore it arises from dirtfrom wrecks of spaceships used as makeshift homes for those who cannot afford a role in the High Republic or in the lifeblood of merchants.

Cassian Andor is therefore a victim of events, who decides not to be crushed and to respond to violence with more violence.

Rogue One he had given a hint of Cassian Andor’s past, something he built from examining bodies left behind him and somehow his being a spy in the pay of the highest bidder kept him out of the Rebellion. Andor sink your hands into this dark past, made of subterfuges, neon night escapes in the rain as the tension becomes more and more palpable and the power of the Empire increases hour after hour.

With all due respect to The Book of Boba Fett and also Obi-Wan Kenobifor what we have seen, Andor it is perhaps the most important, evocative and ambitious series of the Disney serial world and this he does with a cinematography that is attentive to the rendering of images as well as of the setting: every escape, every roadblock, every disguise is a blow to the heart, a lump in the throat while holding one’s breath until the next scene. 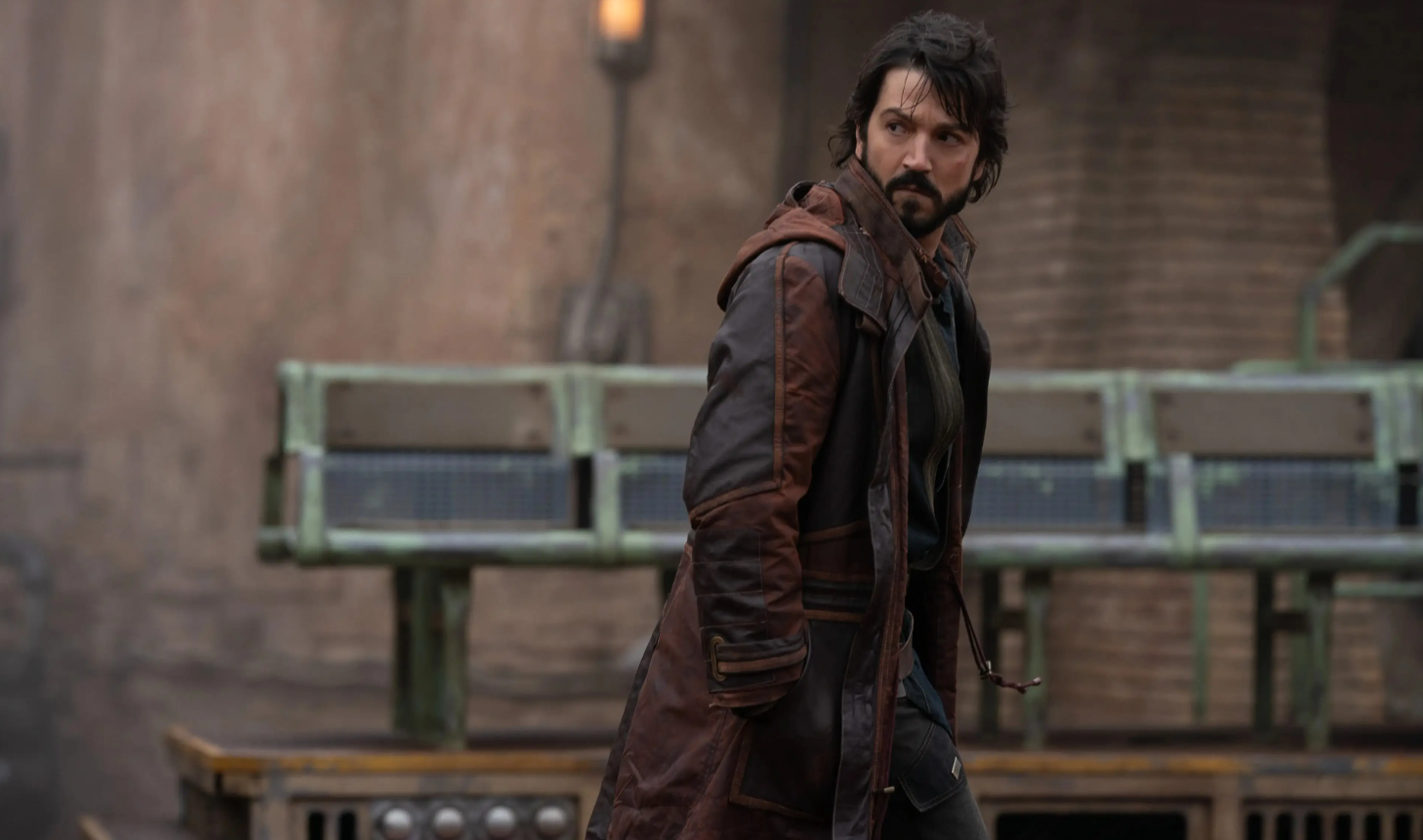 There are no whites or blacks in Andorbut only those gray areas outside the logic commanded by morality: in a moment of intergalactic war, selfishness is perhaps the best representation of survival and we understood it in the first place from characters such as Han Solo, but Andor reminds us of an important concept, already suggested by Rogue One and carried forward here: Star Wars is a vast, functional and compelling universe that does not necessarily bind to the stories of classic “heroes”, such as Han Solo and alike, Jedi and other Force users, but rather faithful to the title, Star Wars, the franchise has always told us of a war story, the classic good versus evil, soldiers who are sent to the front for an ideal, a hope (the Rebellion) or for the unchallenged rise of power and fear (the Empire).

Andor loads all these aspects on the shoulders of its protagonist, the gray who advances in distinct zones of an oppressive war that reaches his Rebel status when he is opposed to what will most likely be the villain of the series, an officer of a security cooperative who tired of his superior’s procrastination, he will find the rigid bureaucracy and crystalline authoritarian identity of the Empire fascinating. 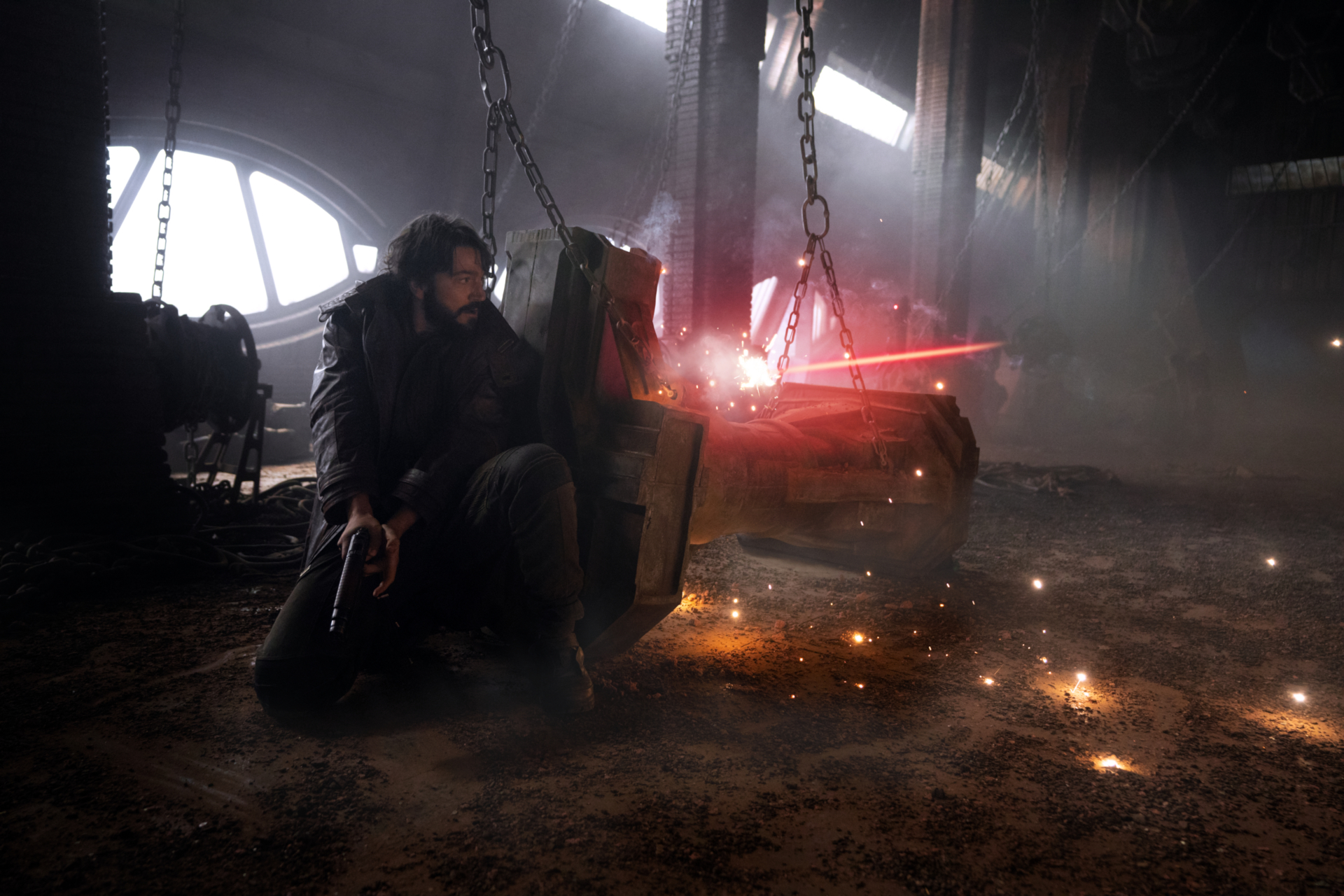 Never before have I been so enthusiastic about a Star Wars project as on this occasion since it has been under the Disney brand. Andor has all the credentials to tear the classic serial canons dedicated to Star Wars and create something compelling. In short, it goes without saying that if you loved Rogue One, you will also love Andor madly who takes full breath of themes, settings and styles, for all the others, detractors or not, it is the right opportunity to immerse yourself in that dirty Star Wars he did not always want to show, the dirt from which the best stories are sometimes built.